The day today was really fun, and in my opinion the best day! I don’t know if is because I always wanted go to Hollywood, but now I know, that there is more then what they show in a movie, its just amazing! So, our day began at the principal streets at Hollywood, Rodeo Dr, its really fancy, with so many famous stores, the place is gorgeous, with just rich people, everything is so clean, and really look like you are inside a movie street! 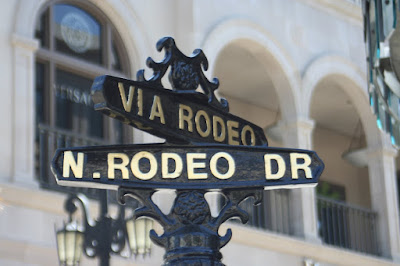 After that we went to Hollywood observatory, but the day was kind of cloudy so we couldn’t see very well the famous letters where has written Hollywood that show in every movies. And between, it is really far away, almost you can’t see when you take a picture with that… 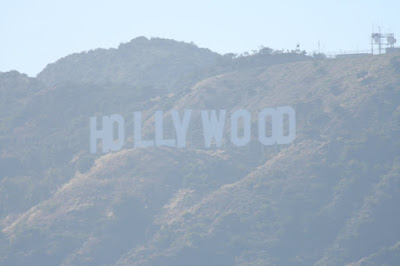 After that we went to the famous Walk of Fame, that is really cool and interesting with so many artist names there, it was an amazing day to take a lot of picture, and buy gifts. Also there we saw the place where the Oscar happens every year, and it is just amazing! After that we went to eat at Hard Rock Café, the place is wonderful and the food is so good! Then we had to leave there and go back to the bus, so we could go to Farmers Market and a really cool shopping mall by there. Farmers Market it is a place where the sell a bunch of different kinds of fruits, gift and food, there I found a place where sell Brazilian barbeque, and that was really excited! The mall it’s really nice and different, it was kind of an open mall, with some bands to attract people to there, and had a lot of people sitting in the table to listen the bands. 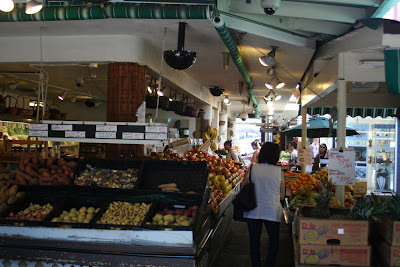 So, it was time to go back to the hotel. Arriving at the hotel the people from bus II was already there, and it was so nice see them again, we went to the pool, and after that we had a meeting, to see who won some of categories that we decided during the trip and it was hilarious! After that, we got together to a meeting with bus II, and there we had a talent show together, it was so funny! So, we had a party with music, dance and so much funny, with both bus! And the last day of the amazing trip was done!
Amanda Araújo
Brasil
Posted by fredmalab at 6:42 PM No comments:

Looking for volunteers to post this day.
Posted by fredmalab at 6:41 PM No comments:

Today was quite a relaxing day. We could sleep in because the bus left at 11, which is quite late compared to what we’re used to. Some still decided to get up early so they could spend time swimming in the pool. Others, like me, slept in till 10.
Then we left for Los Angeles, but before we got there, we stopped at an outlet. After a while it was decided that we would meet again at 2 to eat lunch at a diner, but we could only choose a burger even though a few exceptions were made because not everybody eats meat.
After everybody got done eating, we drove to a rather big mall that confused most of us. The bus dropped us off and we walked into the first store we saw. After walking confused around for a little bit we found out that the store wasn’t connected to the mall, so we had to walk all the way around in order to find the other stores. A lot of us were confused because we had trouble finding an ATM machine.
At 8 we met to have dinner at a restaurant similar to the one we ate lunch at yesterday which meant a lot of us, once again, ate way too much food. But who cares, we only live once. It was decided that the lunch yesterday was better than the dinner today.
Mia Stavad, Denmark
Posted by Terra North America User at 12:17 AM No comments:

Where are they? Going to LOS ANGELES


View Larger Map
Posted by Terra Brasil at 10:31 AM No comments:

Ok, today was such a fun day. We went through a lot of things and had new experiences together.
At first I didn’t expect that today was going to be fun. I was really tired from yesterday after Fred gave us almost whole night long to stay up. Me and my room-mates got up at 7.30 and try to find a good outfit to wear. I was so excited to put a skirt on and let my friend borrow one of my dresses and my jacket. But after that I was tired again. 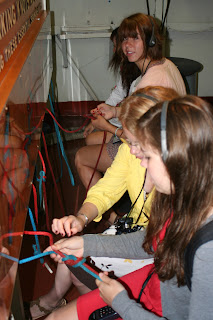 In the bus today, it was so different; everyone was quiet. It was surprising because we are always loud, you know. And then we arrived to the U.S.S. Midway museum. At the beginning honestly, nobody liked it (haha) we just wanted to get it done as fast as we can to have more time to go to the San Diego Zoo; our next place. But when we went in the museum it was very interesting. I enjoyed the gray ship, which has a ton of ready gun and bomb, so much. More than 60 airplanes were used for the war. This place was telling us a lot of things from the past. I think this is a great idea to learn American’s history.
Somehow, the lunch today was the best. Everyone liked it so much. It had TOO MANY different kinds of foods. I ate a lot. Some guy even asked me how many months I have been pregnant (because I ate too much and my stomach was huge). After that I quit eating immediately. 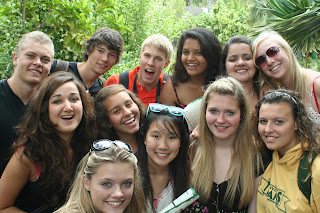 After lunch we went to the San Diego Zoo! We met a lot of animal friends. The panda was one of my new friends; the highlight of the zoo. And I really like it. We walked everywhere and saw every animal. We got to go up on the Skyfari - this thing so cool! You can feel the wind and see the view. I was so excited! But my friend is scared of heights. It’s probably not fun for her. The zoo pretty much has every single animal that I know of and some of animals that I have never seen before.

Finally, the end of the zoo was the souvenir store. They have a ton of animal stuffs; so creative. Everything was really cute I spent a lot of money with ridiculous stuff (haha) I don’t even know how to carry it back home. But it’s alright. After that, we went to Denny’s restaurant. The food was a very good price. $6 for a whole meal, how’s that? We had a cheesecake for dessert, because we celebrated 2 birthdays: Henry’s and Michael’s. It was delicious and a lot of fun. Then we headed back to the hotel.
This blog shows you how awesome today was. I really enjoyed it. This is a great day!
Written by: cute Polly (Jitpitchaya Wimonchaijit) from Thailand <3
Posted by Terra North America User at 11:45 PM 1 comment:

This morning most of us were in a bad mood because we had a 9 hour bus trip in front of us and everybody was still half asleep because most people had just 5 to 6 hours of sleep.
The first hours of the trip were quieter, because the most people took a nap or watched a movie and the view was desert all the time. But after a few hours everybody started to starve and we had to find a place to grab some lunch, but the second we left the bus we all experienced the feeling of summer in the desert. We all had to survive the temperature of 45 to 48 degrees Celsius. The place where we had our lunch was extremely crowded and we all had to fight for our tables.
After lunch we all had to wait with a full belly in 48 degrees outside of the restaurant till we finally were able step back in the cool bus where everybody, like always, took a nap again.
When we arrived at the hotel we all were sick of driving the whole day and it was nice to get out of the stinking bus.
For dinner we got monster-pizzas and we had a Talent Show in which there were acts ranging from Thai 'punishment' dances to German drinking songs and from French rap to Brazilian dancing.
For the rest of the evening we just started to relax and to hang out.
The End
Ben Zijlstra (Germany)
Posted by Terra North America User at 12:15 AM 1 comment:

Where are they? Going to SAN DIEGO


View Larger Map
Posted by Terra Brasil at 6:27 AM No comments: